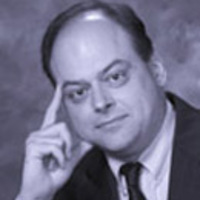 Jeff Kuhner is a radio talk show host on Boston’s WRKO, heard each weekday morning from 6-10 throughout New England, and a columnist at  Free Press International.

Mr. Kuhner was the editor-in-chief of Insight On the News, an investigative political magazine and sister publication of The Washington Times (2005-2008). He was the assistant national editor at The Times (2000-2003). Before launching his media career, Mr. Kuhner taught modern American history at McGill University (1998-2000).

What must be done if Team Biden goes too far

Joe Biden is on the verge of declaring a national climate emergency. He is under growing pressure from radical Democrats to circumvent Congress and invoke emergency, quasi-dictatorial powers to impose the Left’s climate agenda. If he crosses that Rubicon, Biden should — and will — be impeached.

The real goal of globalists in Ukraine

Ultimately, it’s up to Ukrainians to fight for and defend Ukraine – not America. We have enough problems here at home.

The United States is sliding toward a progressive authoritarian state. Joe Biden and his regime are abrogating basic freedoms and civil liberties that threatens to extinguish our democracy itself. Americans must awaken to this fundamental assault before it’s too late.

According to the standards set by Democrats in their first impeachment against then-President Donald Trump, Biden has clearly committed high crimes and misdemeanors. He must go.

Attorney General Merrick Garland wants to suppress and shut down Arizona’s post-election audit. The question is: What are he and the Democrats so afraid of?

Dr. Anthony Fauci must go. He is responsible for one of the greatest crimes in world history: Funding the Wuhan lab in China that led to the release of the coronavirus. The result has been millions dead — over 500,000 in the U.S. alone — and the destruction of the West’s economy.

Rep. Maxine Waters must be impeached and removed from office. In fact, she should be arrested for inciting riots and violence.

Liberal elites are slowly pushing America toward totalitarianism. And Covid-19 “vaccine passports” represent a giant step in that dark direction.

Will elites allow Donald J. Trump to ever rule again?

Former President Donald Trump is back. This was the real message of his Sunday speech to CPAC.

Democrats set an ominous precedent by holding a Senate impeachment trial of former President Donald Trump. They have crossed the Rubicon, which will haunt this country for years to come.

GOP should evict this never-Trumper ingrate

FPI / October 25, 2019 Jeffrey T. Kuhner Sen. Mitt Romney is a political traitor. The Utah Republican should be thrown out of the GOP. The reason: He is now the leading Never Trumper in Congress, who is openly contemplating voting to impeach and remove President Trump from office. He sees himself as a political […]

FPI / October 20, 2019 Jeffrey T. Kuhner Liberals want to ban balloons in Massachusetts. Seriously. State Rep. Sarah Peake, a Democrat from Provincetown, is sponsoring a bill that would prohibit the sale, distribution and possession of any and all balloons — including party balloons. Each violation would constitute a fine of $100. Hence, if […]

FPI / October 11, 2019 Jeffrey T. Kuhner President Trump is again under siege from the Beltway elite. His crime? The decision to finally pull all U.S. forces out of Syria — fulfilling a seminal campaign pledge. Both Republicans and Democrats, FOX News and CNN, the right and the left, are united in their furious […]

Kuhner: Pathetic bid to impeach ‘the will of the people’

FPI / October 4, 2019 Jeffrey T. Kuhner The House Democrats are seeking to implement a coup d’état. This is the real meaning of their impeachment drive. Yet, Nancy Pelosi and Adam Schiff have no basis to remove President Trump from office. What is remarkable about the Democratic-media complex’s push for impeachment is how weak […]